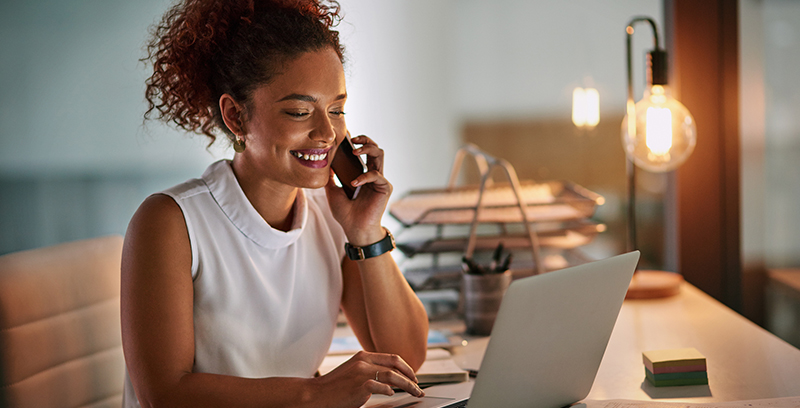 Check out the latest Doorway to BIM episode, where telecommuting veterans Morten Daniel Kynell, Vinu Eipe, Erin Benn and Tommy Chen talk about the challenges and rewards of shifting to remote working.

Change can be an opportunity for those looking for a balance

"Will you be in the office next week?"

Somewhat confused, I asked for clarification. After all, I did not belong to an "office". As the words left my mouth, I instantly felt that a simple yes would have sufficed. Momentary confusion ensued, but I quickly worked out that it was my home office being referred to. We had a laugh. I had just moved to the USA from Hong Kong and had been in my new role for a couple of months, so an occasional misunderstanding was natural. But, now, I had to adapt to sharing my home and my office in one place. What does that adaptation look like? In this blog, I'll share with you my journey into finding a balance.

During my almost three years in Hong Kong, I worked in an office, but had the privilege and opportunity to work with remote teams across the Asia Pacific region. Regularly scheduled check-in calls and outbound trips with our teams in the region were the norm. This was a big change from working at my desk in an office building in central Stockholm, where I had direct access to colleagues, conference rooms or office equipment. The physical environment provided a foundation which allowed me to keep in touch and work with our teams, on-site or otherwise, by leveraging a wide array of digital tools.

For some, going to an office is not only about work but also a social context. Shared physical facilities promote in-person interactions that create a social cohesion and support system that helps us deal with the stress that inevitably comes with work. Having a friendly ear to vent were things that kept me, and I am sure many others, afloat and sane when goings were tough.

Humans are predictable. Shaped and conditioned by our experiences, habits help us navigate an everyday life that in the age of digital and connectivity grows ever more complex by beating in patterns that next to automates our daily routines.

On the flip-side, habits are also a detriment when they maintain inefficient behavior and hard to change unless we either put our minds into it or are forced to. A case in point is the 2014 underground subway staff strike in London. Started by unions and fueled by anger in response to planned job cuts, commuters across the city were cut off from their main means of transportation. Scrambling to find ways to bypass the disruption, Londoners sought alternate routes.

But what was surprising, was despite the confusion, a joint study from the University of Cambridge and University of Oxford showed positive and lasting economic net gains from the event. Many commuters kept the new route they had found. This implies commuters had originally failed to find the best alternative before the strike.

In a way we stand in front of similar, but much greater, disruption to our ways of life. In the face of COVID-19, many people face a new and harsh reality. Professionally, working from home denies us some of the fundamental connections we need to perform our trade. For us fortunate enough to be in a situation to re-adjust, this may very well be the opportunity that allows us to take the last step to upend the remaining obstacles preventing us from going full-digital - and fundamentally change what we traditionally perceive to be a workplace.

Millions of us have been forced to set up at home and doing so can be a project in of itself. What do you use as a desk? Is the WiFi-connection in the kitchen strong enough? Is there enough coffee to last the week? Do you dress up? How many video conferences are you going to be on?

There is a myriad of digital solutions available ranging from communication software to collaborative project management tools that allows us to customize a virtual work space suited for the unique needs of every team. Adoption of the most popular solutions is already wide-spread but the question is whether they, up until now, in the context of the traditional office worker, have taken a secondary role to the physical environment in framing the overall work context.

With a dramatic increase in the usage of collaborative tools for which the traffic generated is putting even the most robust cloud environments to the test. At the time of writing, the number of daily users Microsoft Teams experienced a surge of 37%, going from 32 million to 44 million. Competitors, such as Zoom and Slack also post impressive user increases which has given their shares a boost in an otherwise depressed stock market.

The explosive growth of remote users is bound to lead to not only new ways of working but also become one of the biggest social experiments the world has seen in recent times. As we fumble our way through trying to figure out how to share the right screen during shared working sessions we can only laugh and try again, all the while taking steps to reconnect in a world that has decisively forced us apart.

Benefits and challenges of remote working

It's hard to say whether large scale remote working will last. Will we revert to what is familiar, or will we -  like Londoners did in 2014 - realize that how we used to work was sub-optimal? The coming months will surely point to positive effects in especially employee satisfaction, which may in turn help retention rates and reduce sick days.

The mention of higher productivity and lower costs in the same sentence will probably have most managers salivating and rubbing their hands in excitement. How can it be? Studies have shown that remote workers, while taking more breaks, also work longer per day on average leading to a whooping overall annual positive net difference of 16.8 days per year versus their office compatriots.

Should we the remote experiment emerge successful, current cost bases perceived as fixed in nature will come under greater scrutiny as decision makers will reassess both the necessity and role of offices. As an added bonus, employees commuting longer distances may also enjoy an indirect pay raise in both lower travel costs and less time spent in traffic.

While it can sound good on paper, remote working doesn’t come without its risks and pitfalls. A global study conducted by Virgin Pulse and Future Workplace identifies that over-reliance on technology may lead to employees feeling isolated, disengaged, less committed and emphasizes the importance of in-person interaction to connect teams.

The increased productivity may also has a dark side where employees jeopardize both their health and work-life balance should they overwork. Remote workers should stay vigilant, be aware of our own tendencies and set the appropriate boundaries

How do we secure lasting and sustained change?

Remote working may very well have secured its place on the tapestry of mainstream management literature and research for years to come but it will be in the hands of us practitioners whether or not the promise a fully digitized workplace is realized.

A successful implementation of digital and remote hinges not only on the tools available but also on the people looking to tap into their potential. Without earnest effort, belief and formal buy-in for the new processes that emerge will be nothing but for show, and fade once things return to normal.

For myself, I’m fortunate enough to belong to a team that has supported me from day one in getting warmed up for a life of remote working. Though I doubt that I do things 100% the right way, I am excited to keep exploring the possibilities to on how to leverage available technology to finally land in a work place that is optimized both for myself and everyone that I work with.

What are your own thoughts and experiences of remote working? What kind of a role do you think offices will have in the future? Email me at tommy.chen@assaabloy.com to share and also share any tips and tricks that you may have on staying focused, productive and healthy as you work from home!